I recently watched Romeo + Juliet (1996), as recommended many times by my friend. So what better time to knock out these movies I’ve never set the time aside to watch then during this Quarantime. I was first attracted to this movie before I even knew it was a movie. I saw a photo one day of these chrome guns and bright red car and it looked so cinematic. Behold, my friend asks me if I saw the movie, and I had no idea it was a still from Romeo + Juliet! So I had to check it out because, hello aesthetics!

Young Leo DiCaprio at just 21, and an even younger Claire Danes, 17 star as the star-crossed lovers, Romeo and Juliet. To keep it short and sweet, this movie was set in Verona Beach, California in the 90’s, but with the original lines of Shakespeare throughout the entirety of the film. The mashup is so fun, with exaggerations of instead of swords, the people of Verona beach wield chromed-out, religious-designed glocks.

The rivalry between Capulet and Montague ring true, with waaay more aggression coming from the Capulet side. Tibalt, as played by John Leguizamo is that character you love to hate! I really loved the character of Mercutio, played by Harold Perrineau. He was so funny and slayed in his dance numbers in the movie. His wardrobe was inspired, boy did he work it!

I would highly recommend watching this movie. All the actors were amazing, the wardrobe funky, and the poet in me loves hearing that good ole Shakespeare. 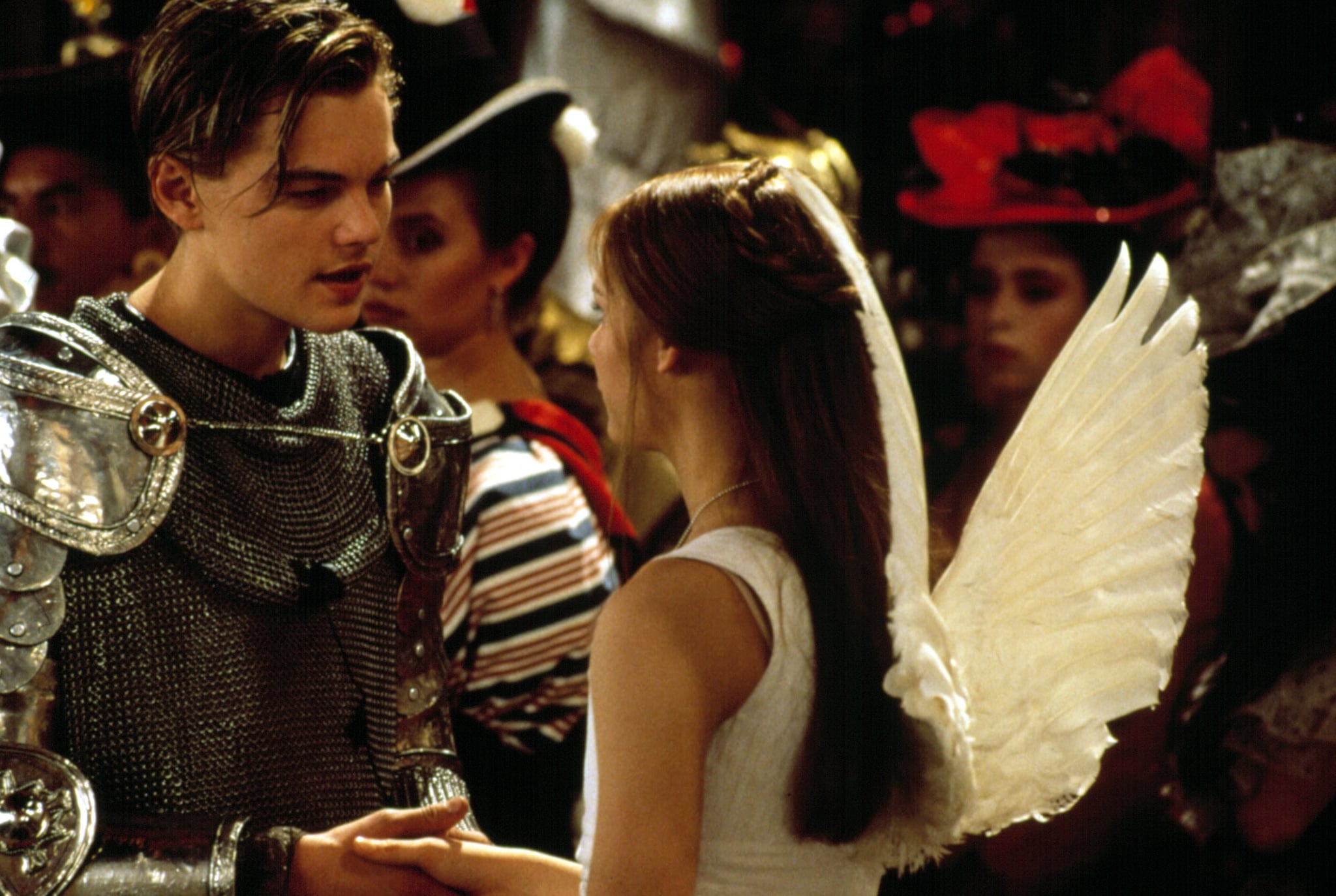